Posted on September 19, 2020 by Dorris Keeven-Franke 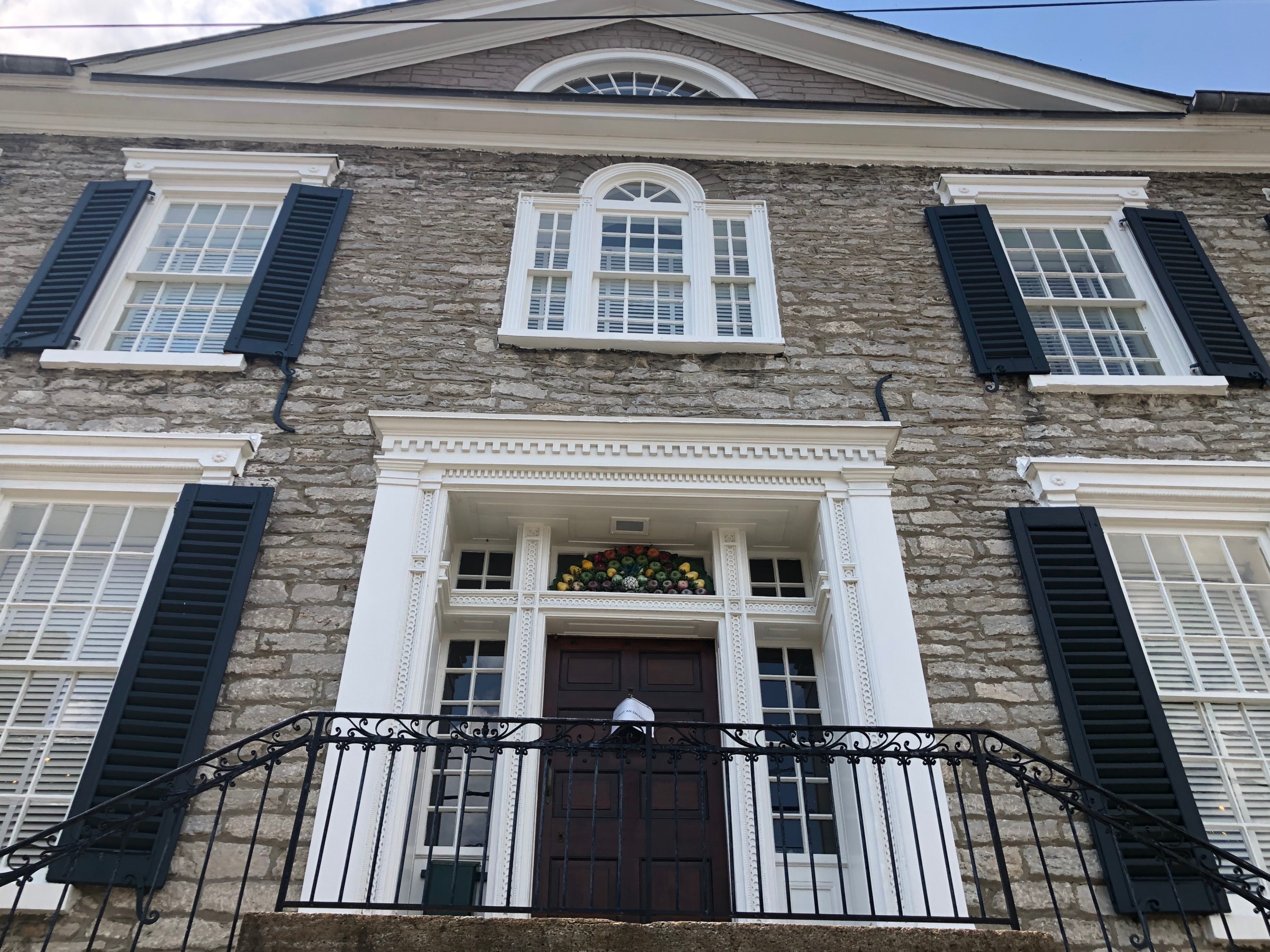 This is Archer’s journey from Virginia to Missouri, taken from the journal of William Campbell, a young attorney from Lexington, in Rockbridge County Virginia. He plans on setting up a law practice in Missouri. Campbell and four families are moving to the Dardenne Township in St. Charles County, Virginia. With them are over twenty-five enslaved people, the property of Dr. Robert McCluer, who is moving his lucrative medical practice, to property he has already purchased in Missouri. His wife Sophie, is the sister of William Campbell. Dr. McCluer’s sister is Nancy, who is married to James Alexander, also from Rockbridge County, Virginia. Sophie and William Campbell’s mother is Sally Reid Alexander, and they are cousins to James. The Alexander, Campbell and McCluer families are closely related as they have intermarried for years. Their enslaved people have been inherited, gifted, shared, lent, and traded, between the families for generations as well.

Came into Fayette County. Fine land. Entered Lexington, KY, a large town with many fine brick houses, but it has the appearance to be declining. No new buildings are going up. It has got its growth. Took road to Frankfort. Staid that night at William McCluer’s 7 miles from Lexington.

Fayette County was originally what was Kentucky County in the Commonwealth of Virginia in June of 1780, but then that was abolished and divided into Fayette County, along with Jefferson and Lincoln. Together these three counties were what would become Kentucky in 1792. Fayette County was reduced to its’ present boundaries in 1799. This can be confusing for today’s genealogist’s who mistakenly thinks an ancestor has moved, when all that happened was simply the county lines were redrawn. One can use the information to their advantage though to better pinpoint what lays within both counties, or what was once a third of Kentucky. Lexington, Kentucky was founded in 1775, when still part of the Colony of Virginia. In 1782, an early settlement within Lexington was Bryan Station, which was besieged by, and withstood an attack by American Indians during the Revolutionary War. Every member of this caravan has a grandparent that served in that war. They are all quite familiar with the words of our founding fathers, all men are created equal.

The Caravan is struggling, coming from James McDowell’s to the east, they have come to Lexington and then gone north towards Georgetown, where they will take the road to Frankfort, and then stop seven miles out at the home of William McCluer.

Dr. Robert McCluer and his wife have five children with them: Twelve-year old Jeanette, Samuel who is eight, John who is seven, two-year-old Susan, and four-year old Sally. They bring with them fourteen enslaved people but they only have thirteen with them when they arrive in Missouri.

James and Nancy (McCluer) Alexander had five children at the time they left Lexington, Virginia. John who is seven who is seven-years old, William who is five, Agnes Jane who is aged three, and little one-year-old Sarah Elizabeth. They lose one child on the journey.

Among their enslaved people are Archer Alexander, born in 1806 in Rockbridge County Virginia, and his young wife Louisa, a nurse to one of the babies. Their baby Wesley will be left behind in Kentucky.

One of the most difficult parts for any research trip is knowing in advance where you will find a good historical society or genealogical society that may have just the information you’re looking for. We had attempted a stop in Paris, in Bourbon, Kentucky, see http://www.duncantavern.com/ but it wasn’t open when we arrived. The museum is run by members of the Daughter’s of the American Revolution.

Archer was born enslaved by the Alexander family in Rockbridge County Virginia in 1806. In 1829, the Alexander family moved from Virginia to Dardenne Prairie in Saint Charles County, in Missouri. He lived there enslaved for over thirty years, working first in the brickyards of St. Louis, and then as a carpenter. By 1844, he had been sold to David Pitman, while his wife Louisa lived a few miles away. In the winter of 1863, Archer would risk his life to inform the Union Army that his owner had sabotaged the nearby railroad bridge. With his owner and a lynch mob in pursuit, he used a well known route of the Underground Railroad, to make his way to St. Louis. There he was taken in by William Greenleaf Eliot, a Unitarian minister, founder of Washington University, and a member of the Western Sanitary Commission. When Eliot’s close friend James Yeatman shared Charlotte Scott’s dream for a memorial to Lincoln in 1865, it would be another American hero Archer Alexander seen rising from his broken shackles alongside Lincoln on the Emancipation Monument in 1876. Today, the Emancipation Monument in Washington, D.C.’s Lincoln Park is in danger of being removed. This Federal Monument, was paid for entirely by the former enslaved people, as a memorial to President Lincoln. To sign the petition to keep it in place see https://www.change.org/EmancipationMonumentDC

*This is the journal of William Campbell (1805-1849) leading four families from Lexington, in Rockbridge County, Virginia to St. Charles County Missouri, written in 1829. There are 55 people in this caravan, 25 of which are enslaved. Among the enslaved is Archer Alexander.\This journal is located in the collections of the Leyburn Library, Special Collections and Archives, located at the Washington and Lee University, in Lexington, Virginia, and for which we are deeply indebted to Lisa McCown. Editor and author is Dorris Keeven-Franke.